Like many people my age, I always thought I would never bother travelling in Australia until I was old enough to find Daryl Somers likable. Until I turned 30, my entire focus was, in fact, on getting as far away from Australia for as long, and as little money, as possible. “What’s that you say? A one-way ticket to Ulan Bator for $400, but there are no meals, no guaranteed seat and I have to go via Abu Dhabi, Lagos and Port Vila… What’s the catch?”

Travelling domestically just didn’t seem necessary. I knew Australia: it was a hot place full of flies and people I went to school with. Travelling Australia was family holidays with my parents and eight siblings in the back of an unreliable Nissan Urvan, mopping vomit off hot vinyl seats with Wet Ones while avoiding the puddle of dog piss as we went round corners.

At 18 I booked a ticket to Rome and spent the next ten years coming and going: Europe, Asia, Africa, North America. International travel was like a drug; more than a few months without a trip somewhere and I would start to dig holes in the wall with a spoon. I loved – and still do love – everything about getting on a plane for a strange country: the anticipation of the airport; the cut-rate glamour of testing fragrances in a duty free store at 3am; arriving at some place on the other side of the world where the air smells different and even the way people hold their umbrellas seems as exciting as having stumbled upon some stone age jungle tribe casting spells about a cooking pot.

For a while I thought that if I could travel forever I would be happy. And then something happened… Not overnight, but slowly, insidiously, I began to realise I was an Australian.

I can’t remember exactly when it happened, but I know it started the moment I left the country. I remember arriving in Rome and being horrified to see my first machine gun. I remember trying for ten minutes to turn a running tap off in the middle of street before realising that it didn’t turn off and that people here never had to worry about whether there would be enough water. I remember laughing at the prim little fences around the grass in the parks. Everything seemed so precious, manicured and manufactured. Nothing felt untouched by human hands, and soon I found that space and isolation – even just the knowledge that it was available – is for an Australian a kind of hunger.

This is not to say that I came home and kissed the ground. Far from it. In fact, the more I travelled, the more Australia’s flaws were thrown into high relief. Australia, I soon realised, was the kind of country where an earthquake killing hundreds in some distant land could be accompanied by the newspaper headline “No Australian Casualties in Quake Disaster”. Where someone could announce with apparent sincerity and pride that this was “the largest single level concrete shopping mall in the Southern Hemisphere”. Where any tourist not expressing the desire to immediately give up their citizenship and move here is met with reactions ranging from bafflement to outright derision.

For a long time I found these aspects of Australia unbearable. And yet, for some subconscious reason, I never really made an effort to live anywhere else. In fact, the more I travelled the more I found myself coming to the inevitable conclusion that Australia and I would be forever entwined; a realisation driven home one day while in, I think, India – which will do it to you – when I put on my iPod, heard the opening lines of The Triffids’ Estuary Bay – “The children are walking back from the beach/The sun on the sidewalk is burning their feet” – and promptly burst into tears. Suddenly, I felt intensely grateful for those summers in the car with my family, and cursed myself for having taken Australia for granted.

Your country, I now realise, is like your parents – you can hate it; you have imaginary conversations with it about all the terrible things it ever did; you can run away and slam the door behind you, screaming about how it just doesn’t understand you – but, in the end, you have to come to some sort of peace with it.

Like my parents, I now find Australia’s flaws as endearing as its strengths; travel within my own borders seems more interesting and urgent than ever. These days, calling Australia home doesn’t necessarily mean doing it from a public phone box. 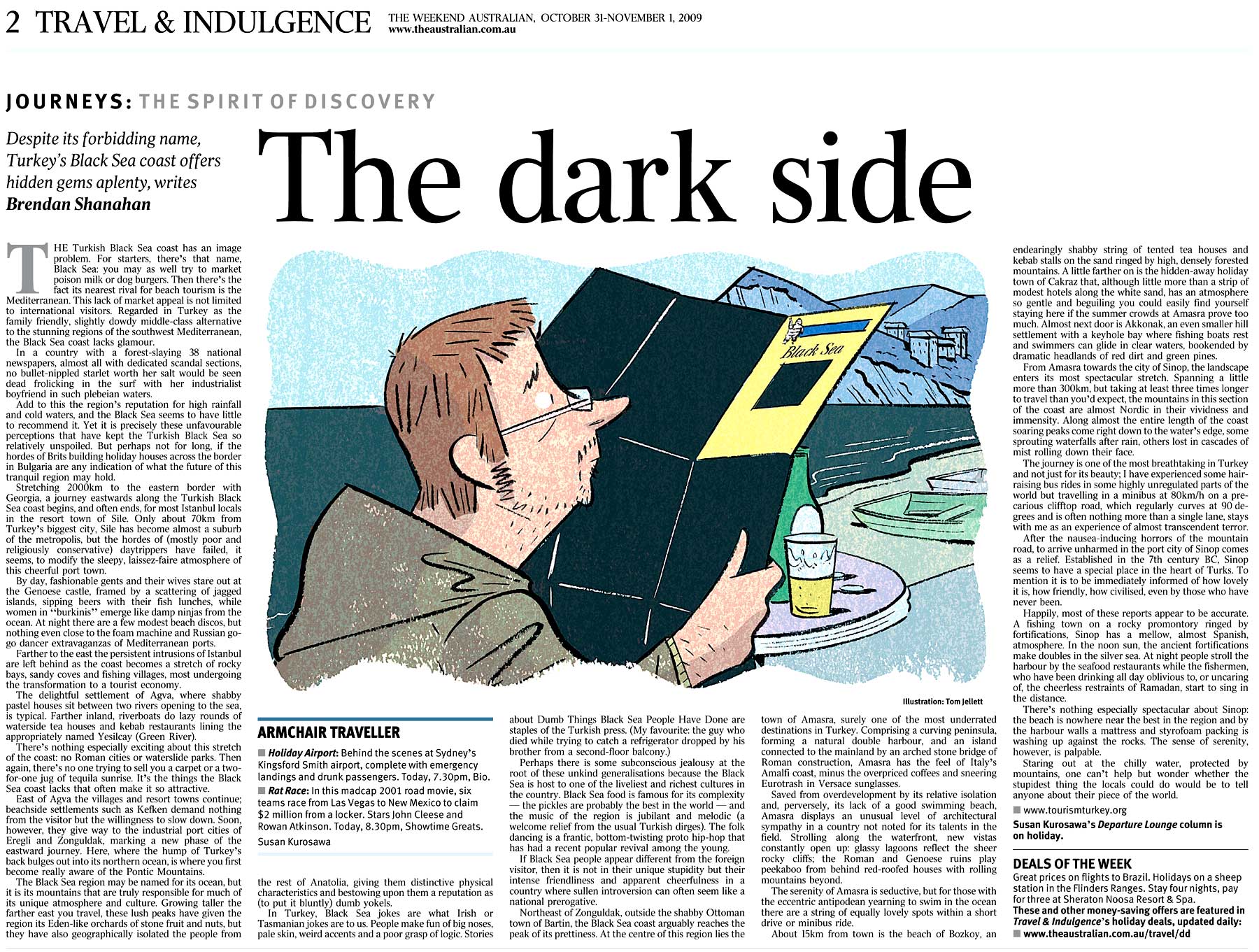 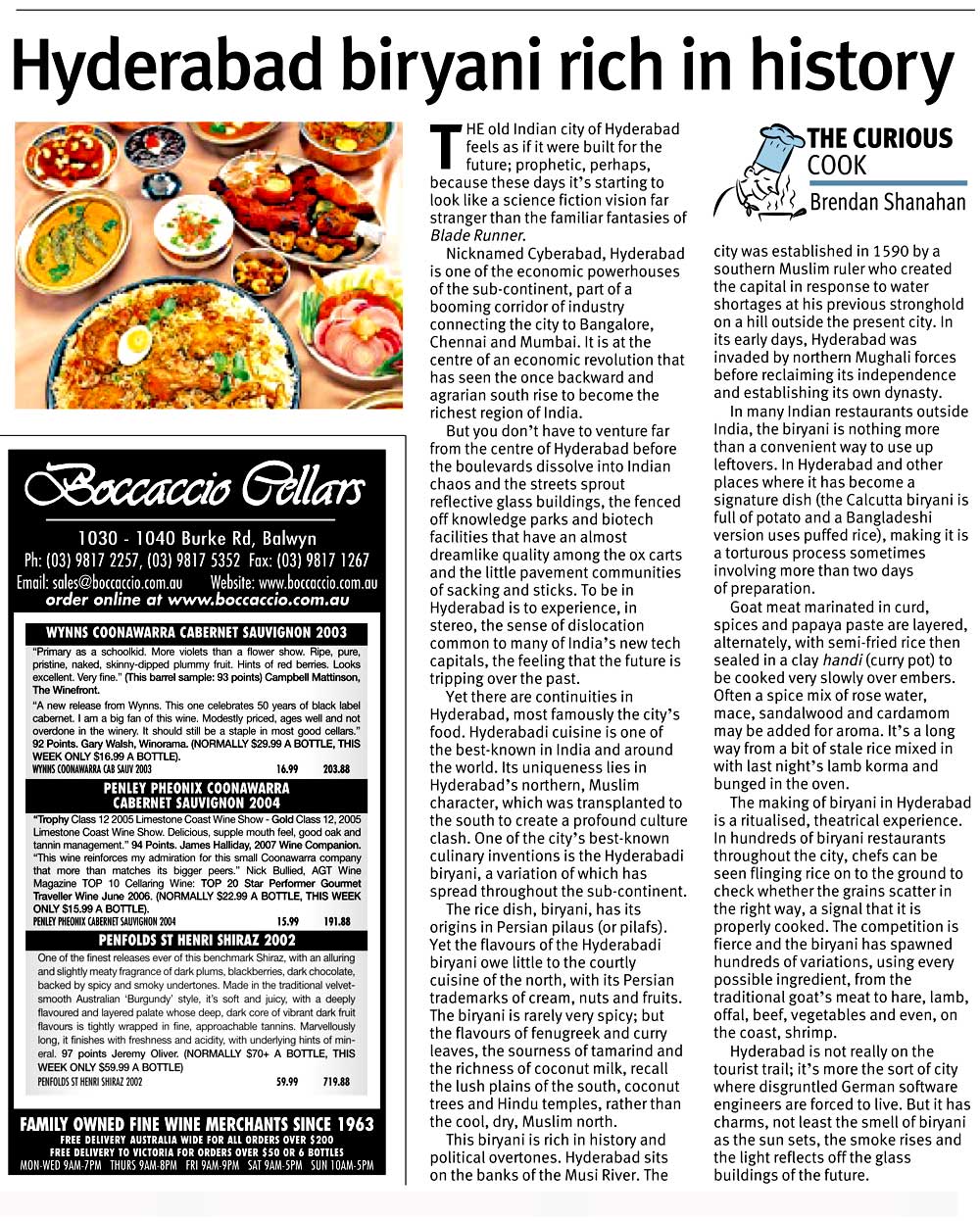 The Australian: Hyderabad & the biryani 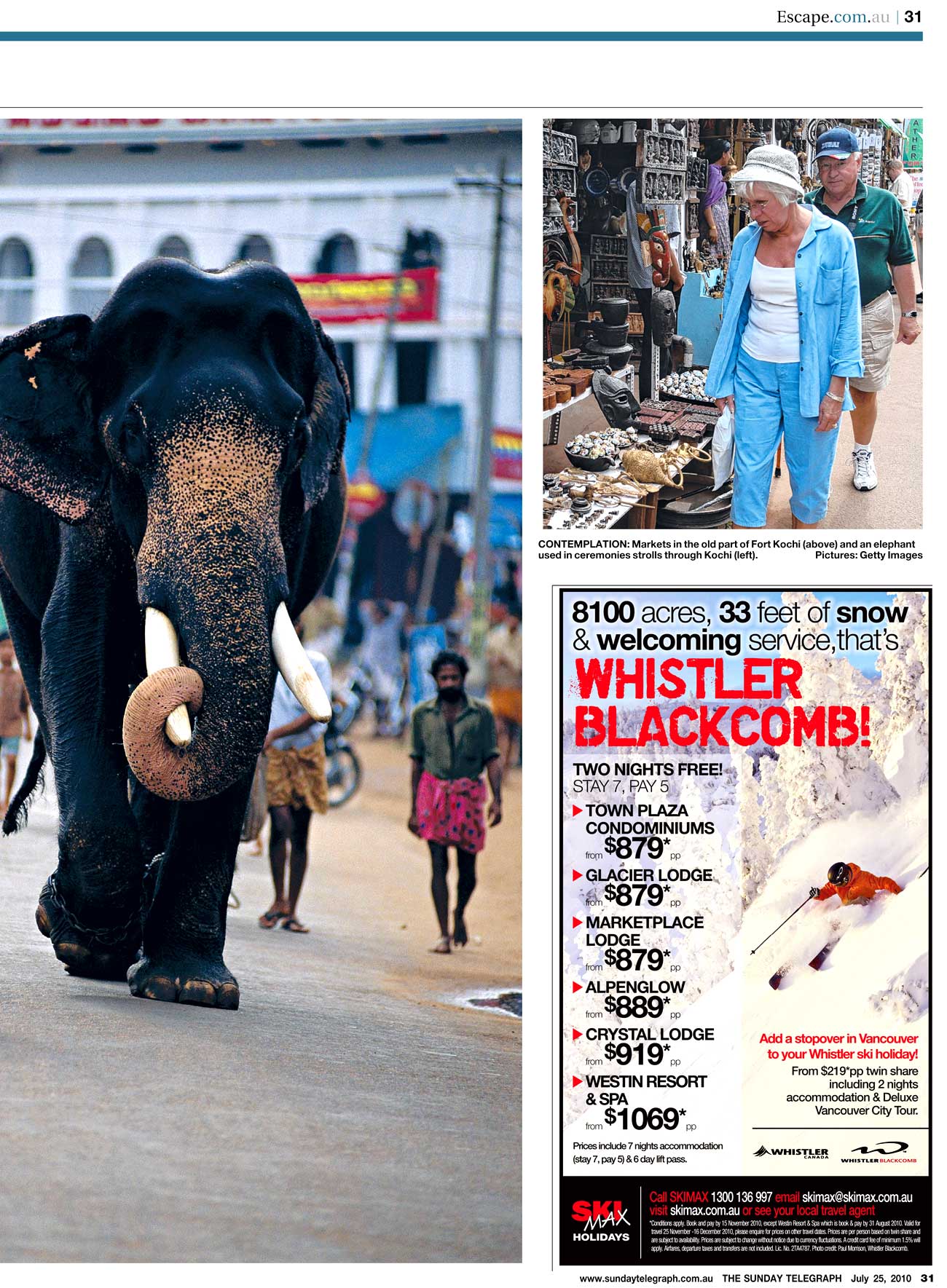