IT’S A JUNGLE OUT THERE

Since my first experience in a tent at age 12, protected only by a thin Mr Man sleeping bag which was to prove as futile a defence against the Canberra winter night as it was to the merciless mockery and beatings of my classmates, camping and I have not gotten along.

Recently, however, my attitude towards the great outdoors has softened. When I lost my job in September of last year, pitching a tent started to look less like a holiday than a permanent means of accommodation and camping became a thrifty alternative holiday. Actually, camping became my only holiday alternative; and so, armed with a two-man tent (the manufacturers failed to mention it was for two Kalahari Bushmen) and a 1996 Nissan Pulsar with the obstinate determination of a Mars Rover, I began to make my first tentative forays into the bush.

To my surprise, I soon discovered I quite enjoyed camping. This is not to say I am good at it but, for an easily frightened homosexual with a phobia of dirty hands and the bush knowledge of a Japanese tourist who has decided to walk to Uluru in January, I don’t do too bad.

As much as I enjoy camping, the city is my natural home. After more than a few nights away from the bright lights I begin to miss sushi, films with subtitles and not having to make conversation with strangers. Camping in the city, therefore, seems the perfect compromise.

City camping sounds contradictory. In a city like Sydney, however, where the bush creeps in with surprising persistence, it is not only possible but offers an entirely new perspective on camping and the city itself.

Sydney has several options for camping within its boundaries but none so inviting as Cockatoo Island. A former ship-building base and convict penal colony in the western end of the Harbour, Cockatoo Island is reached by a five minute suburban ferry ride. Arriving on the dock, overloaded with stripy laundry bags, pushing your way through the crowds with the pontoon swaying beneath your feet, gives one’s entrance to the place a certain “Ellis Island” vibe (“This way for de-lousing!”)

Resisting the temptation to fall to my knees, kiss the ground and cry “America!” I stumble off and look for a spot to sleep for the night.

The campground on Cockatoo Island is located on the site of an old steel plate yard at the north end. Visitors can rent a site or, for some extra money and a deposit, a fully equipped tent, identical rows of which are laid out in the manner of an earthquake disaster relief camp. In an uncharacteristic act of self-sufficiency we have brought our own equipment and are surprised to hear from the campground office that we can pitch anywhere, including on the eastern end of the island which is not only empty but has panoramic views of the city and Harbour Bridge. Kitchen and toilet-proximity seems a small price to pay for the kind of views normally reserved for people who own banks, not to mention some space between shrieking children and us. Unfortunately, our chosen site near the ferry terminal soon reveals other limitations.

Camping is one those activities – like using the gym or going through airport security – that blurs the boundaries of public and private. In the regular camping scenario, there is a covenant between campers that a certain amount of normally private activity will be tolerated and/or have a blind eye turned to it. Camping in the city, however presents special challenges. Whether it’s trying to wrestle a sheet onto an air mattress, or having a fight with your boyfriend after you discover he’s only packed one blanket for an evening with a low temperature of seven degrees, airing your dirty laundry, literally, in front of hundreds of strangers is one reason, I suspect, camping is limited mostly to our nation’s remoter regions. As queues of people file past, gawking at our inept attempt to peg a windshield, I am struck by a self-consciousness unfelt since I was last forced to use a communal pit toilet in China.

The first time I went to Cockatoo Island I saw a child having a massive tantrum. As his parents dragged him along the gravel, his body limp and legs kicking, he suddenly screamed, “I thought it was a proper island!”

The kid had a point. Cockatoo Island is not your usual palm tree-and-jet-ski affair. It’s a hulking, brutal place, menacing in fact. Cockatoo Island amazes, however, precisely because it’s not a “proper island”. A ramshackle collection of industrial sheds, convict buildings, abandoned offices, cranes and old toilets with doors that swing spookily in the breeze, the entire structure of Cockatoo Island – the earth itself – has been re-shaped, dug into, blasted, built-over and tampered with so many times as to become a strange hybrid of nature of industry, like a mollusc that grows an elaborate shell on the side of a rock, or a piece of driftwood riddled with barnacles and worms.

It may seem a stretch to describe Cockatoo Island as an architectural masterpiece, but it is. The details are exceptional: the numbered tent sites, for instance, are marked with small plates of rusty steel, reflecting both the original function of the area and the hulking sculptural monoliths of machinery that stand all around; old foundations are now occupied by native plantings, like ready-made hedge mazes; even 1960s offices has been retained with the application of a few, judiciously cut windows. So carefully contrived is the industrial atmosphere that, after a while, it’s easy to suspect that someone has been hired to arrive each morning to sprinkle decorative garbage in the abandoned rooms, just to give it that spooky Scooby Doo vibe.

And Cockatoo Island is spooky – it has ghosts Richard Dawkins could feel. In recent years it has capitalised on this character by offering itself as a venue to various art events. During this most recent visit, the enormous Turbine Shed plays host to an elaborate series of installations by Australian artist Ken Unsworth. The art itself is pretty indifferent (I was always led to believe it was boorish to describe your dreams to people, but apparently the same principle doesn’t apply to making multi-million-dollar art installations about them). There are, however, some entertaining moments, primary among them: the four-metre high skeleton which is lifted at intervals by a machine-operated rope tied around its leg before raising a flesh-stripped marionette arm to bash the ground with a conductor’s stick.

I like this one partially because it’s simultaneously eerie and rather fun, but mostly because I get to see all the precious little Hugos and Madelines squashed flat against the wall, staring wide-eyed with terror, while their yuppie mothers bend towards them and say things like, “Now, this is an artwork that references the poet Rilke. Do you know who Rilke was, darling? What’s that? Oh, you’ve wet your new Osh Kosh pants. Nevermind.”

As the sun lowers, the ferries toot their horns and the crowds begin to thin. It is still cloudy but there’s no wind. For a moment I am worried that night will come without a sunset to speak of. But then the most remarkable thing happens: the clouds disappear in the west, transforming the dense grey cloud into, first, a vast swirling nebula of pink mist, quickly followed by a cosmic slab of orange sponge cake, before climaxing in a rippling blanket of crimson velvet that stretches from Parramatta to Bondi, leaving me standing on the top of the hill speechless, dabbing at a burgeoning tear and entertaining the unashamedly parochial urge to declare out loud that this is the greatest goddamn city on earth.

The romance of it all is soon shattered, however, by the bitter realities of communal living on a freezing island with no means of escape until morning. At the kitchen and barbeque area the usual proprietorial jostling punctuated by terse niceties is in full force. Other than the outstanding modern facilities, these could be the kitchens of any campground in the country. There is, however, one very noticeable difference: these are not the people you usually meet camping.

One woman, for example, fries a hamburger while wearing a stylish charcoal grey ensemble in a vaguely Japanese style teamed with a pair of matching heel boots that I can guarantee you were in excess of $500. Another sports layers of designer knitting accessorised with bold ethnic jewellery while her husband cooks dinner using a complete set of matching powder blue Le Creuset cookware as their two children – Ginger and Oscar (no, really) – walk in circles saying, “Mummy, when can we eat our minestrone?” A third talks loudly about her experiences of natural childbirth before changing the subject to a Tropfest film she is producing, all the while absent-mindedly ashing her cigarette into my frying steak.

The questions must be asked: who are these people, and why are they in a campground and not, say, launching an art gallery somewhere?

A quick informal survey confirms my suspicions: the vast majority are from the Balmain area or the mansion-strewn suburbs to the north. This is, in itself, not a bad thing: proximity to home is the unique joy of camping in the city and the rich have the right to sleep in uncomfortable conditions as much as anyone else. Nevertheless, the resolute refusal to modify in anyway your comfortable inner-city lifestyle, down to wearing your Issey Miyake and bringing your Le Creuset, seems somehow contrary to the spirit of the great outdoors. I mean, how did they even manage to bring these things with them? I can barely get my casserole dish down from the top cupboard let alone lug it across the Harbour.

Perhaps surprisingly, considering the harm-and-fun-minimised era in which we live, there is no rule against walking around Cockatoo Island at night. After dinner, armed only with an appropriately flickering torch we make our way through abandoned rooms, opening creaking doors and peering into the kind of cupboards where men in hockey masks sit for hours just waiting for a pair of curious teenagers to peer in and say, “Don’t worry, there’s no one in there,” right before he drops out of the ceiling and turns them into sashimi.

Escaping to the lookout that clings to the eastern cliff top, we sit and watch another of nature’s free shows. For the next half hour a yellow moon the size of a grapefruit rises from under the Harbour Bridge until, like some omen in an Aztec hieroglyph, it is actually balancing on top of the arch. As we stare incredulously I realise that for the first time in my life in Sydney – possibly ever – there is absolute silence.

The scene is timeless, the spell broken only by the sudden approach of a party boat playing Aqua’s Barbie Girl, the drunken laughter of the advertising executives on board and the high keening cries of a child demanding to know exactly when she can have her organic brownie.

Soon after we retreat to our tent and lie in wake, listening to the cries of the jungle. 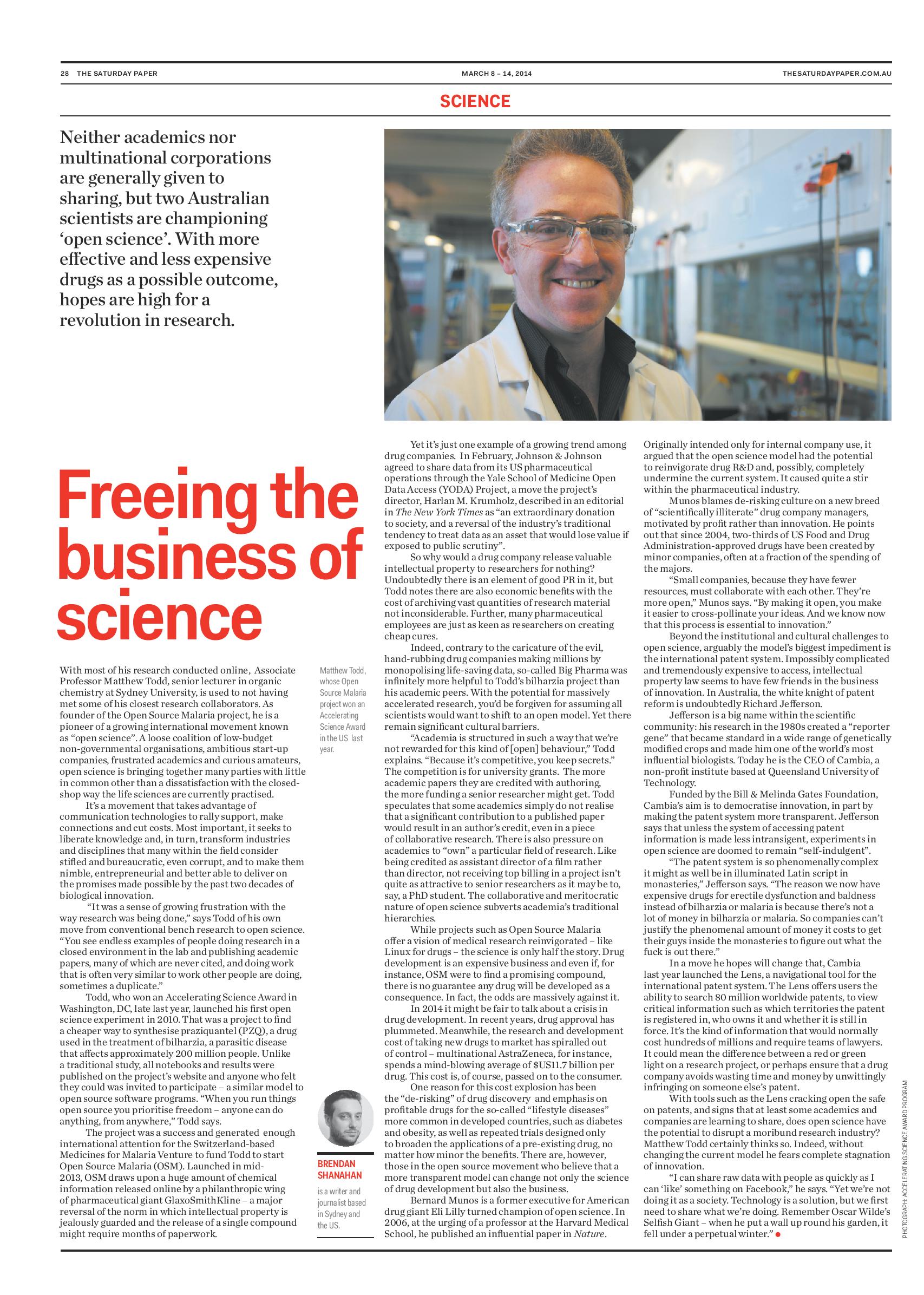 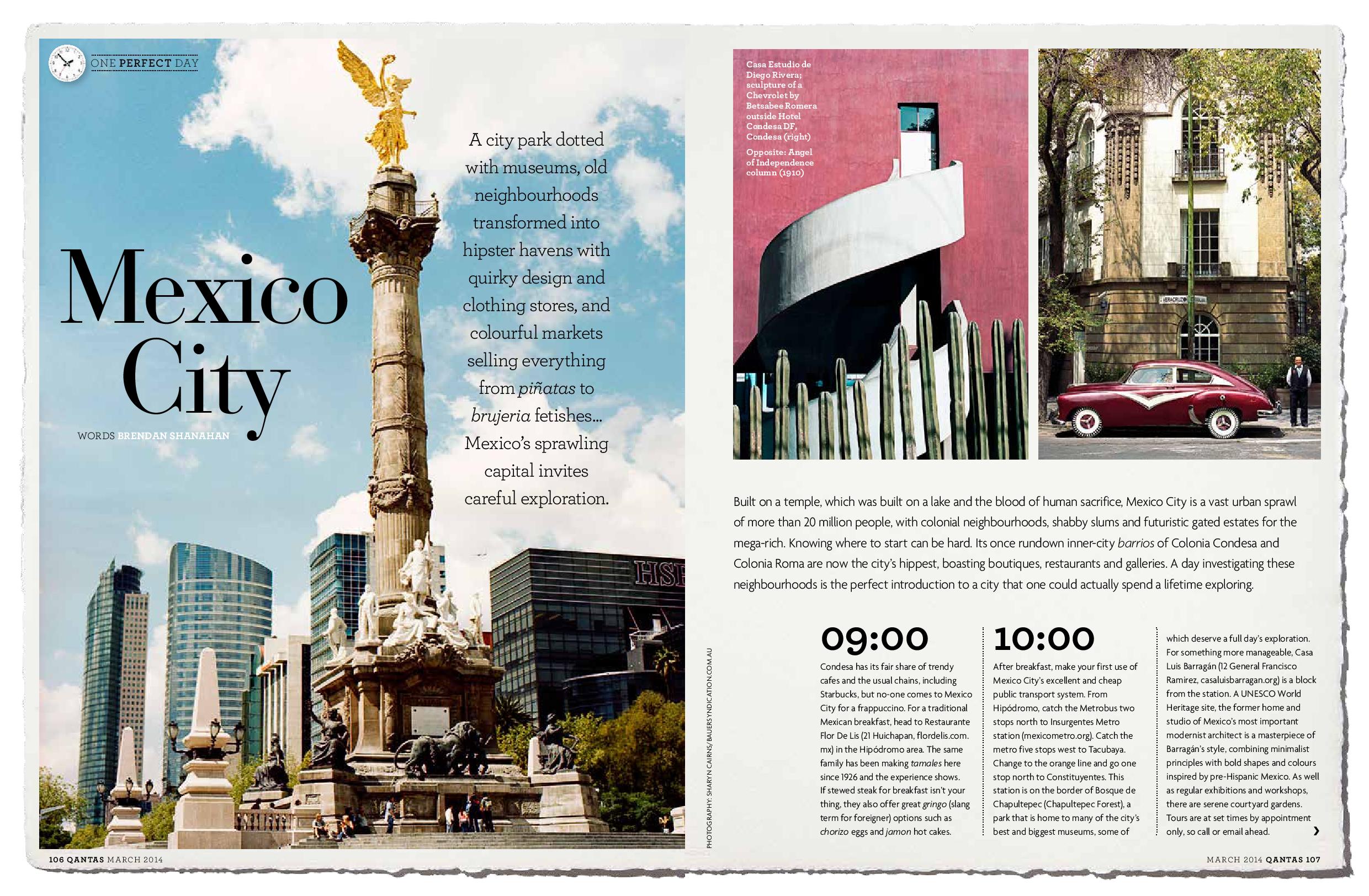